Stephen Hawking has no misconceptions about the universe, and reading his answers to interview questions is like wading through a sci-fi novel. In a recent session, the renowned astrophysicist talks about what it'd be like if aliens visited earth, how humanity has to breach the firmament to survive, and computer AI overtaking the world in a not-so-distant future. 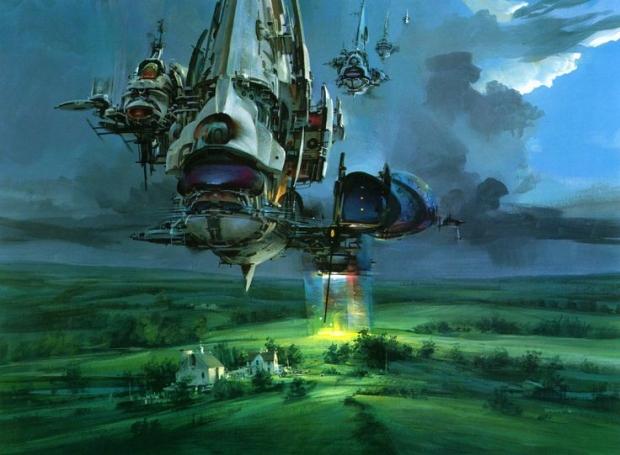 In a recent interview, Hawking says that aliens visiting earth would somewhat like the aftermath of Columbus' exploration of the Americas, with interstellar beings completely dominating all life on our home planet. "If aliens visit us, the outcome could be much like when Columbus landed in America, which didn't turn out well for the Native Americans," Hawking told Spanish publication El Pais. "Such advanced aliens would perhaps become nomads, looking to conquer and colonize whatever planets they can reach. To my mathematical brain, the numbers alone make thinking about aliens perfectly rational. The real challenge is to work out what aliens might actually be like."

This metaphor resonates with truth for me in particular, as I've long thought that the most deadly gift aliens could deliver wouldn't be their technology, it'd be their space flu. These intergalactic viruses and bacteria could completely devastate our population the same way smallpox spread havoc and death in the New World.

Hawking also says that humanity's future lies in the very same stars that these nomadic aliens might roam. Earth won't last forever, and an impending catastrophe could completely annihilate the human race as we know it--a grim portent that Hawking sees as a very real future.

"I think the survival of the human race will depend on its ability to find new homes elsewhere in the universe because there's an increasing risk that a disaster will destroy Earth. I therefore want to raise public awareness about the importance of space flight. I have learnt not to look too far ahead, but to concentrate on the present. I have so much more I want to do."

Apart from space and aliens, Hawking had some interesting things to say about computers and the imminent arrival of AI. According to Hawking, computers and AI will pretty much run the world and humans might become obsolete. "Computers will overtake humans with AI at some point within the next 100 years," he said, warning that machines need to be on our side. "When that happens, we need to make sure the computers have goals aligned with ours."