For the lovers of all things liquid nitrogen, world-famous overclocked Vince "K|NGP|N" Lucido has just broken the single card world record in Unigine Heaven Xtreme, doing so by setting his NVIDIA GeForce GTX 980 Ti to just over 2GHz, accompanied by the new Intel Core i7-6700K CPU clocked at 5.8GHz. 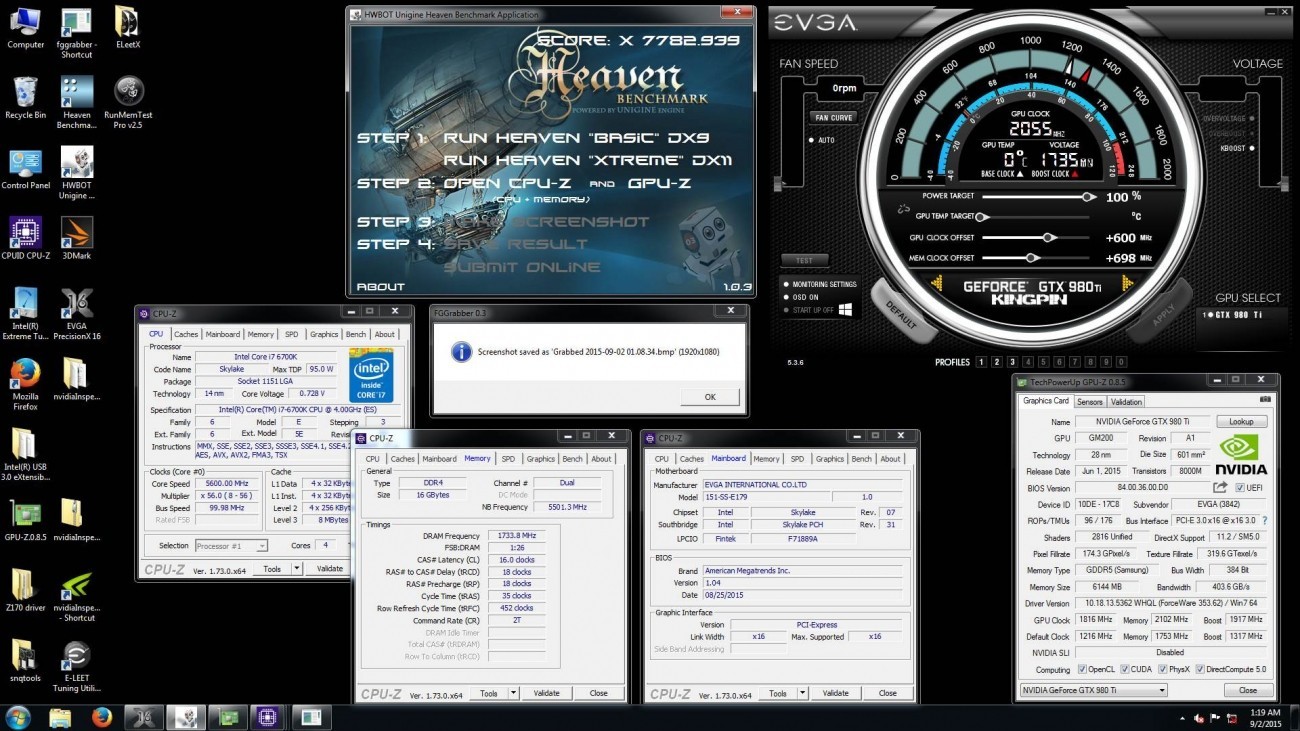 The final score is listed as 7,893.7 marking the highest single card achievement to date and something that EVGA claims has been achieved thanks to its new 100-series motherboard series.

Also on the test bench was an EVGA 1600W PSU and EVGA Z170 Classified motherboard, marking another world record for both EVGA and KINGPIN in unison.