In a year with the best slate of summer blockbusters in recent memory, one studio has had a very disappointing year. Whilst Universal have had two films gross a huge $1.5 billion at the world wide box office ('Jurassic World' and 'Furious 7', Sony Pictures highest grossing film of the year - 'Paul Blart: Mall Cop 2' has grossed just over $100 million - even less than it's great white hope; 'Pixels'. Not a great year - and today's announcement proves again that the studio is creatively bankrupt. 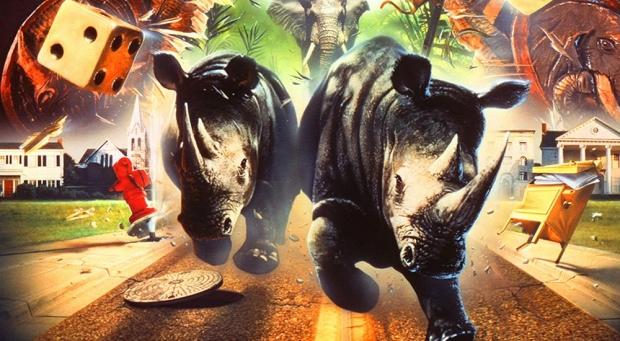 The studio has today announced their slate of films coming in 2016 and 2017, which include 2 sequels to 'Bad Boys', but also a remake of the 90's classic 'Jumanji' which starred Robin Williams and some (at the time) breakthrough CGI effects. Sony haven't confirmed the cast, director or screenwriter for the project, short of a December 25, 2016 release date.

We all know Hollywood loves reboots and remakes, but it's getting seriously ridiculous now.