It was only last month that Disney/Pixar gave audiences the first look at their upcoming feature 'The Good Dinosaur', but following the release of 'Inside Out', the studio is keen to pump fans up for the second release for 2015.

The mix of bright cartoon-style characters with photo-realistic background seems an interesting visual look, but the film's premise; an alternate reality where an asteroid didn't wipe out the dinosaurs 65 million years ago, and humans and dinosaurs evolved together could make for a very interesting narrative. 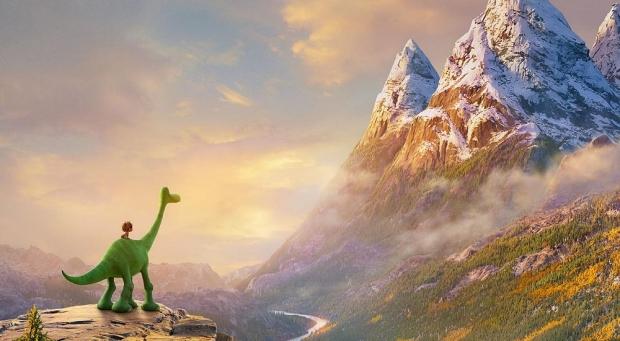