Adding to the range of video cards on offer is GIGABYTE with its AMD Radeon R9 300 and R7 300 Series, running off its very own WindForce air cooling technology. 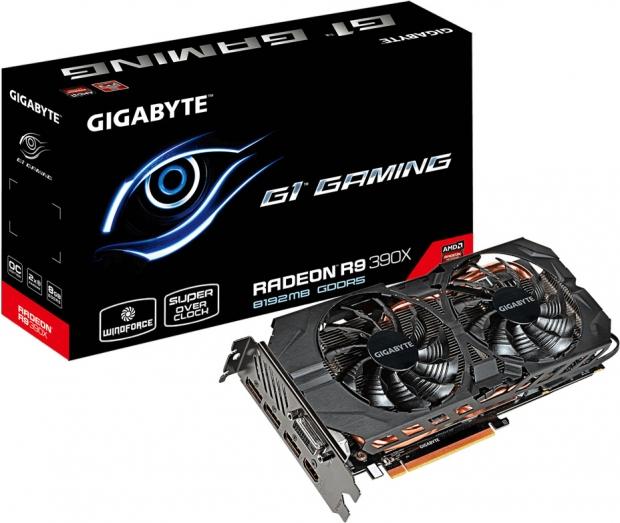 The top of the range is pictured through the R9 390 and 390X, featuring 2-slot designs complete with 2 fan WindForce 2X cooling and running at core speeds of 1025MHz and 1060MHz respectively. 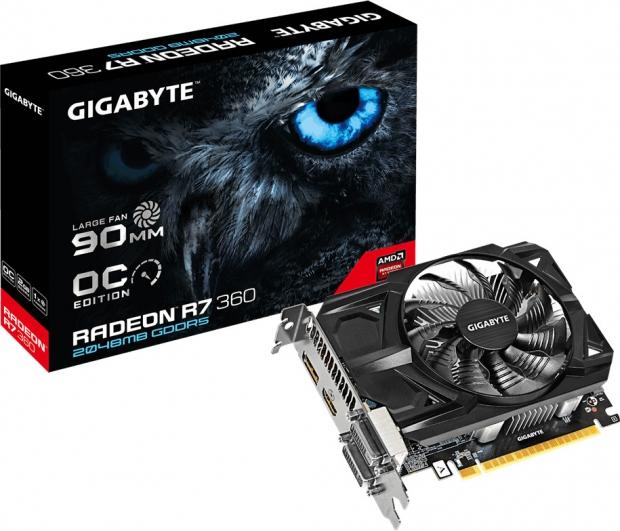 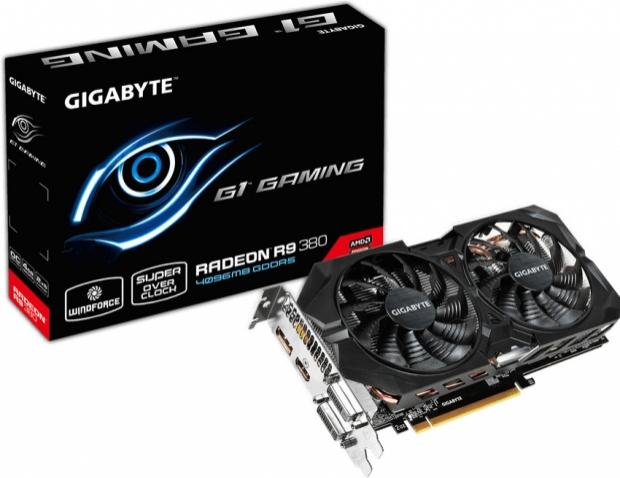