Set as a Kickstarter Staff Pick, this first person shooter project boasts the ability to make you "a pirate in space with friends online," allowing you to sail the seven.. err galaxies - alone or with companions.

Set for release on Steam (depending on Greenlight) with Microsoft Windows and Xbox One support, this game is focused on finding and boarding enemy player ships, seeing a large team split up into 4-5 player sub-teams in order to combat and take over an enemy ship from within - full-on pirate style!

This is claimed to be 100% skill based with no pay to win and opens up the doors to competitive PvP, custom matches versus AI or offline modes.

Also adding to the mix is Oculus Rift support - you can grab your own copy of this game for $22 and this same price goes for either the PC or Xbox One editions.

There's nothing left to say, this game looks awesome. 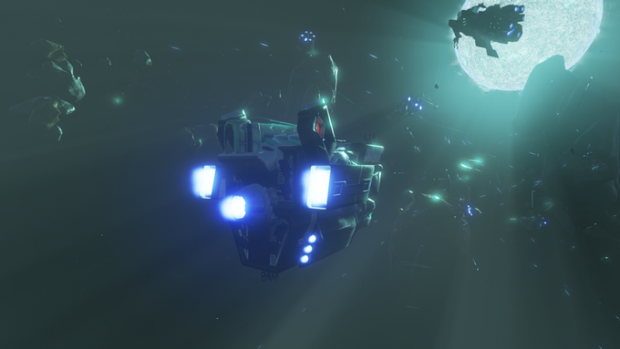