Lucas Hinch was experiencing "technology problems", so what better way to solve them, then by taking your computer outside and shooting it eight times? Yes, it happened. 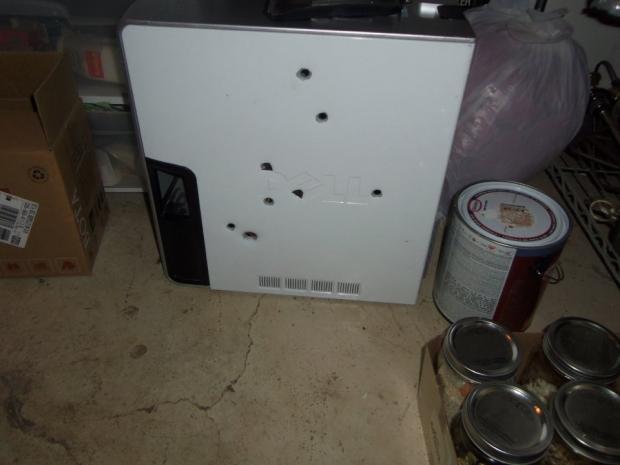 Police spokesman Jeff Strossner told the Colorado Springs Gazette: "He was having technology problems, so he took it to the back alley and destroyed it. He got tired of fighting with his computer for the last several months". The paper reported that Hinch "shot the darn thing" when ctrl+alt+delete "consistently did not work".

The paper added: "He was able to wreak the kind of revenge most of us only dream about. The computer is not expected to recover".