A super hot report has arrived today, where it's being alleged that Samsung will acquire AMD. The deal would see the South Korean giant acquire the chipmaker, merging AMD with one of its subsidiaries to better fight Qualcomm and Intel. 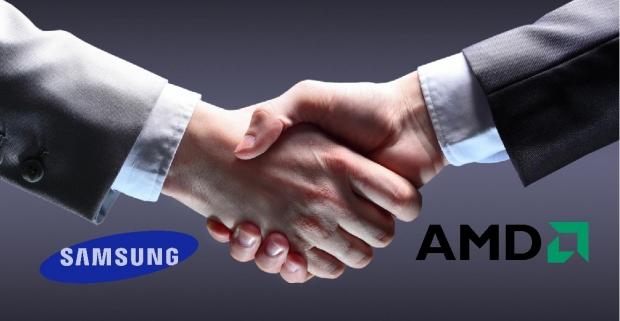 The report states that Samsung wants AMD's CPU and GPU properties, where it would use AMD's IP to expand its growth and to battle against the likes of Intel and Qualcomm. The report also hints that Samsung thought of acquiring AMD back in 2007, where in 2007, Samsung's Head of Telecommunications said: "it is necessary to consider the AMD acquisition in order to secure a new growth engine".

If Samsung were to acquire AMD, we could see some great things come from it. We could see the Radeon IP used in Samsung's mobile offerings, giving them a big injection of performance. Samsung's fabrication could get right into things, shifting AMD's technology into smaller processes much quicker than TSMC offers AMD at the moment. We could see some big changes in the GPU department and its competitiveness against NVIDIA, too.