According to a blog post from AMD's VIP of Visual and Perceptual Computing, Raja Koduri, Mantle is done. Koduri said: "...[I]f you are a developer interested in Mantle "1.0" functionality, we suggest that you focus your attention on DirectX 12 or GLnext". 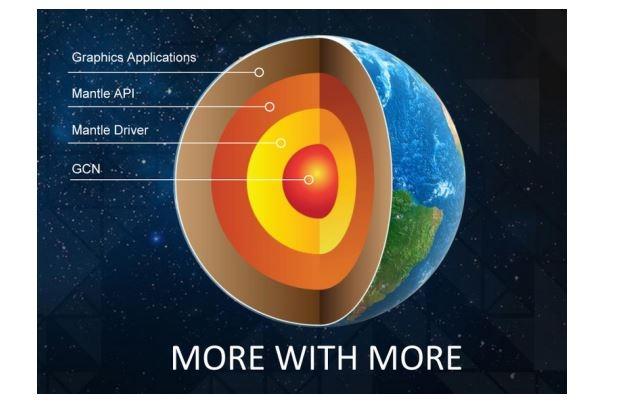 Koduri said that AMD will not be releasing Mantle 1.0 as a public SDK as it originally hoped, so it will go gently into that good night. Alternatives? DirectX 12 and the new OpenGL standards. AMD wants to see developers move away from Mantle 1.0 and into DirectX or the new OpenGL. Koduri adds: "Mantle must take on new capabilities and evolve beyond mastery of the draw call. It will continue to serve AMD as a graphics innovation platform available to select partners with custom needs".

AMD has done what it set out to achieve behind closed doors, and that is to get closer to the metal. DirectX 12 formed out of the ashes that is now Mantle 1.0, and the world is going to be a better place in just a few years when everything shifts towards these new APIs in DirectX 12 and OpenGL.