The Solar Impulse 2 is a solar-powered plane that is set to travel across the globe, using a healthy dose of vitamin D as its only power source. Last year the plans were revealed by the team behind this massive project, set to travel the whole distance without refueling.

The route of travel has now been revealed, set for kick-off in March 2015. Starting in Abu Dhabi, this aircraft will transgress the globe, stopping first in Asia, followed by America, southern Europe and Northern Africa. These pit-stops are described as refueling breaks for the staff and crew on board, not actually for the plane itself.

Coming in at 4850 lbs and with a 236 ft wingspan, this aircraft is a beauty to witness. Powered by 17,000 solar panels which charge a 2072 lb lithium battery, this plane will soar through the sky at an average cruising speed of 88 mph.

In order to keep weight low, the crew will be touching down back on earth to drop off waste and pick up refreshed supplies - set to complete the journey in a total of five months. 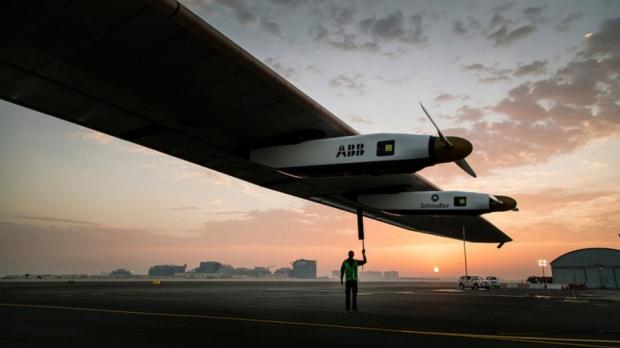