Set as the first Lumia product to be part of Sprints offerings, Microsoft are putting up their Lumia 635 smartphone for free on a new two-year contract, or $168 if no contract is something you're interested in. This 1.2GHz Snapdragon 400-powered entry-level phone has been on offer through Boost Mobile and Virgin Mobile since December the 23rd, seeing it finally hit the big-name brand Sprint. 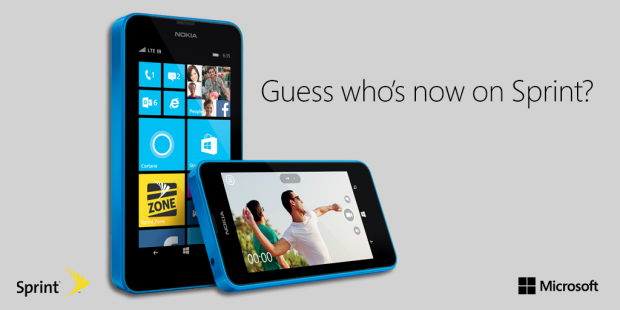 Announced back in April 2014, this phone also contains 512MB of RAM, 8GB of storage, a 4.5-inch display running at 865x480 resolution and 4G LTE capability - obviously providing nothing too crash-hot and ground breaking, however for $168 it's an extremely good entry-level device, spare phone for travel or emergency backup device.

Its saving grace is said to be the LTE support, often not seen for phones in this pay-grade - however I think it's a suitable candidate for your child's first device or any of the other applications as mentioned above.