In their latest 8-k filing form, AMD have listed their top executives and some major changes have been noted. Three of the 'top dogs' have missed the grade, seeing John Bryne, GM of Computing and Graphics Business Group; Colette LaForce, Chief Marketing Officer; and Raj Naik, Chief Strategy Officer no longer on the list. 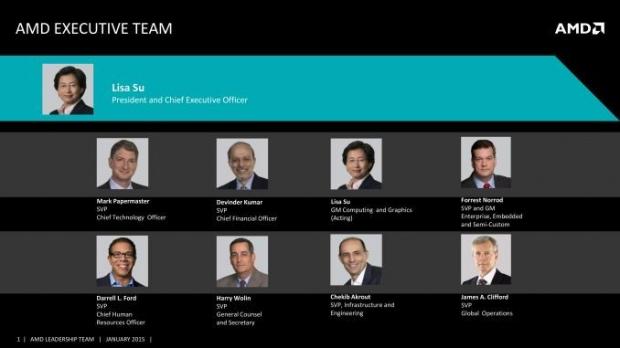 Some are calling this the "biggest corporate shakeup in the ailing company's history," with AMD now no longer having some of their biggest brainpower members listed, with Bryne being one of the most notable - seeing his promotion from Chief Sales Officer to the GM of Computing and Graphics Business Group position just a mere seven months prior.

With the changing of the guard, AMD have announced that "these changes, including the additions of Forrest Norrod and James Clifford to our management team last quarter, collectively are part of implementing an optimal organization design and leadership team to further sharpen our execution and position AMD for growth."