Even though Xiaomi has only been selling Android-powered smartphones in India for only six months, the Chinese smartphone manufacturer has sold over 1 million handsets in that time. 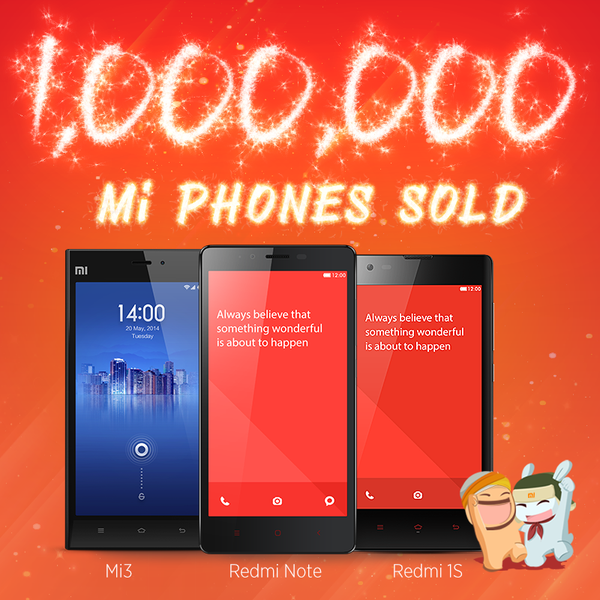 Up until recently, Xiaomi had just three devices for sale in India; the Xiaomi Mi 3, Xiaomi Redmi 1S, and the Xiaomi Redmi Note. The company was slapped with a sales ban in India earlier this month, with Ericsson claiming that its smartphones violated several of their patents. The sales ban will affect Xiaomi until February 5, 2015.

Xiaomi got an Indian court to allow them to sell smartphones that are powered by Qualcomm processors, which lasts until January 8. This allowed the company to sell only one of their handsets, the Redmi 1S. The Redmi Note 4G goes on sale in the country next week.