Avago has announced the expansion of their successful 9300 HBA series to include two new 12Gb/s SAS 16-port models. The ever-changing datacenter has necessitated high port-count solutions to address DAS and external configurations. The 9300-16i and 9300-16e address these requirements with 16 native ports in internal and external flavors. Avago has accomplished this feat by merging two SAS 3008 controllers onto the same device. Each of these controllers, in tandem with the Fusion MPT 2.5 architecture, deliver plenty of grunt power to handle challenging workloads. 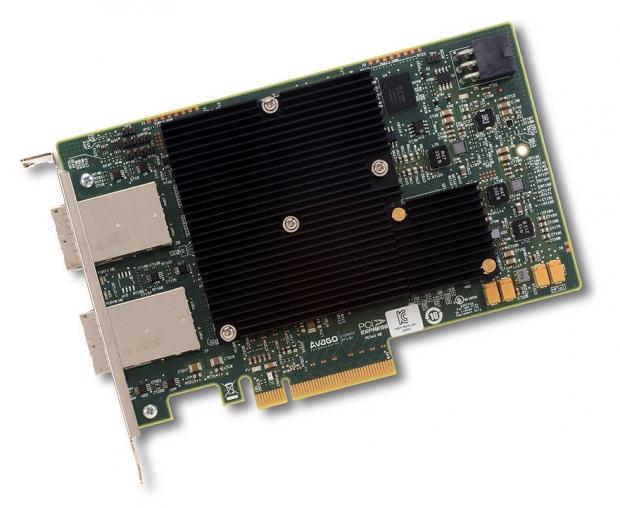 In aggregate both controllers deliver nearly 2 million IOPS for the HBA. The HBA's connect to the host via an x8 PCIe 3.0 connection and are backwards compatible with previous SAS and SATA revisions. The Fusion MPT (Message-Passing Technology) architecture leverages in-box drivers for ease of deployment and wide compatibility while delivering maximum host CPU offload capability. 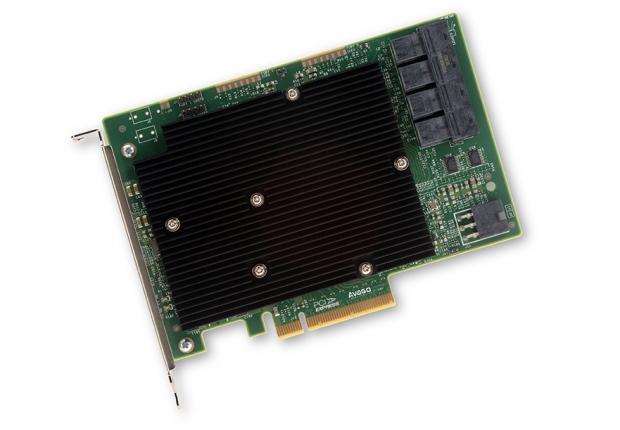 Both adaptors are full-height and feature mini-SAS HD ports that can control up to 1024 non-RAID devices. Power draw weighs in at 27W for the internal and 28.6W for the external versions. There is an auxiliary power connector for power-constrained PCIe ports. For a look at the latest competitive performance analysis of Avago (previously LSI) components head over to our RAID/HBA category in the IT/Datacenter section.