Sony's forthcoming update to the PlayStation 4 is an interesting one, with the new update providing something the company teased earlier in the year: Share Play. Share Play allows people to play your games, either with you or by themselves, even if they don't own a copy of the game. 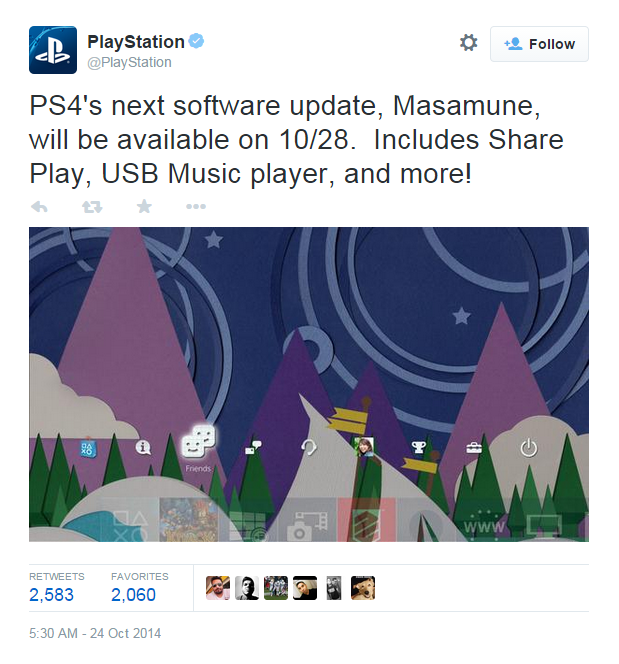 The company didn't provide much details on Share Play, or when it would launch, when it teased it a couple of months ago. All Sony said is that it was coming "this fall" but now we have a firm date: October 28. Sony took to the PlayStation Twitter account, saying: "PS4's next software update, Masamune, will be available on 10/28. Includes Share Play, USB Music player, and more!" The tweet also teases that the new PS4 update will include the ability to play music from a USB device, all while playing a game. We should also expect a YouTube app for the PS4, an improved voice command system, and the ability to tune the background color of your PS4's home screen.

Let's talk Share Play. Share Play isn't some unlimited function where you could buy a single copy of a game and then a friend just plays through the entire thing for free. Share Play will limit your friends to 60 minute portions of play time, which is still very generous of Sony.