Dyson has burst into a new category, announcing its new Humidifier. The new Dyson Humidifier isn't the usual humidifier you might be used to, but this high-tech device will add moisture during those dry winter months, safely.

Dyson says that some competing ultrasonic humidifiers emit over 280 counts of bacteria within two minutes of turning the machine on. Others however, evaporate water directly from a wet wick, where bacteria can manifest. The Dyson Humidifier on the other hand is based on the desin of its bladeless fans and heaters, with the company claiming it kills 99.9% of bacteria in the water, using ultraviolet light.

The new Humidifier is also capable of operating for up to 18 hours on a single three-liter (or 100 oz) of water. It comes equipped with a remote control so that you can adjust the Humidifier from a distance, or even set a timer without having to get up to turn it off. During the hotter months, the Humidifier will act like a regular fan. The company has pumped some $60 million into the R&D of its latest device, creating 643 prototypes before getting it right. 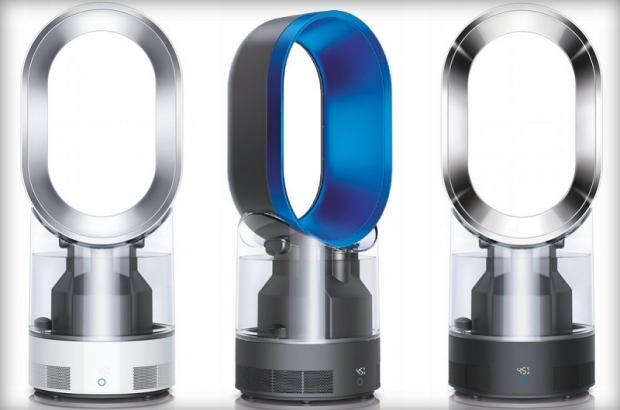 Dyson won't be releasing the new Humidifier this year, but will instead launch it in the fall of 2015 for an undisclosed price.