As an avid Hangouts user, the news of a new desktop version excites me. Google has announced a new Hangouts Chrome app for Chrome OS, as well as Windows, which brings a slew of improvements and changes.

First and foremost, is now Hangouts looks much like Facebook Messenger with its Chat Heads, meaning you won't need to open up Chrome or Hangouts to see your chat. With the updated Hangouts app, your contacts and chats are now combined into a separate toggle window, which is super easy to get to. Google explained on its blog post: "You'll get all your messages as long as you have the app running, and your chats will sync across Hangouts on all your devices".

Better yet, the new Hangouts app includes voice and video calling, which makes it a one-stop-shop for all things communication with Google. Google added: "We recently announced you can make phone calls to any number in the world (via Hangouts dialer) and now you can do this right from your desktop. If you use Google Voice, the app includes complete Google Voice support, so you can make and receive calls, and get your voicemails and SMS messages directly in Hangouts". 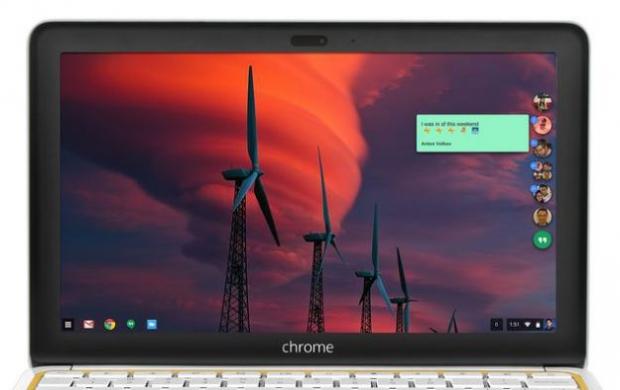