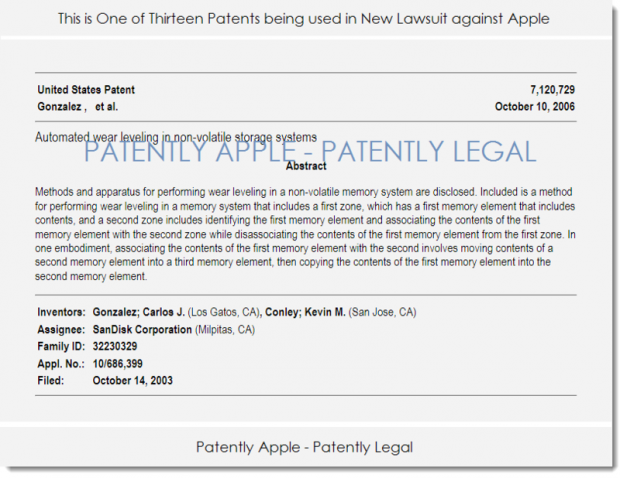 The lawsuit itself involves the flash technology and memory on the massive list of iDevices, which could land Apple in some hot water. For the full legal mumbo-jumbo, Patently Apple has you covered.