The Blackphone was announced as a way for security conscious consumers to use their device in peace, without the fear of their communications being compromised - and it has now been 'hacked' at the Black Hat event in under five minutes. 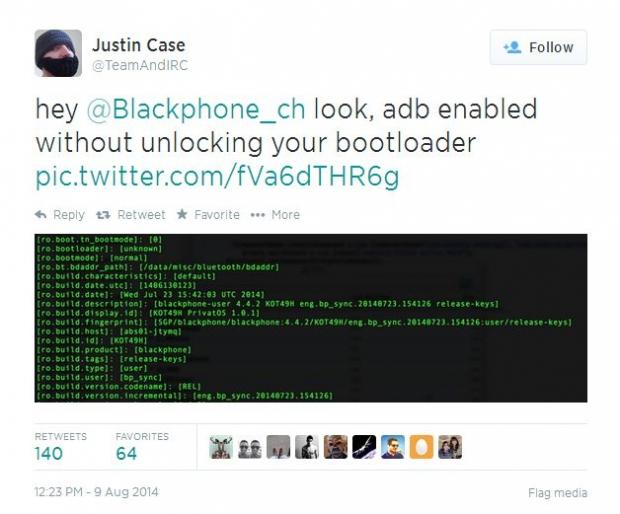 @TeamAndIRC managed to gain root access to the Blackphone at the DefCon hacking conference within five minutes by going through the Android Debugging Bridge, and without using a bootloader to boot. Blackphone still seems to be solidly secure on the surface nonetheless, and now the company has responded to the discovery.

Blackphone said it is perhaps not as big of a disaster as it sounds: the company underplayed getting access through ADB, claiming it is just a part of the Android OS that the firm opted to turn off, and that a patch is on the way. But another vulnerability uncovered by TeamAndIRC, the company said in a blog post, is "accurate" - and a patch was released in three days of its initial discovery. Blackphone went on to congratulate the hacker for finding the bug.