During the last week we've seen a variety of motherboards launched using Intel's new Z97 chipset, all before Computex kicks off for another year in June. MSI broke out of the gate with some delicious motherboards, launching its new OC Series of motherboards. 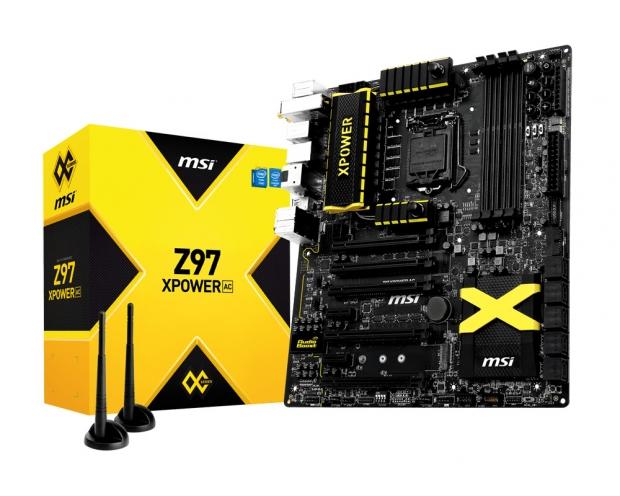 MSI has snapped its Z97 Express-based motherboards into two lines of boards, the Gaming Series and OC Series. The new Gaming Series is priced between $100-$220, offering features that are aimed at gamers with decent overclocks. The OC Series however, is priced at $200-$400 and is geared toward professional and competitive overclockers. 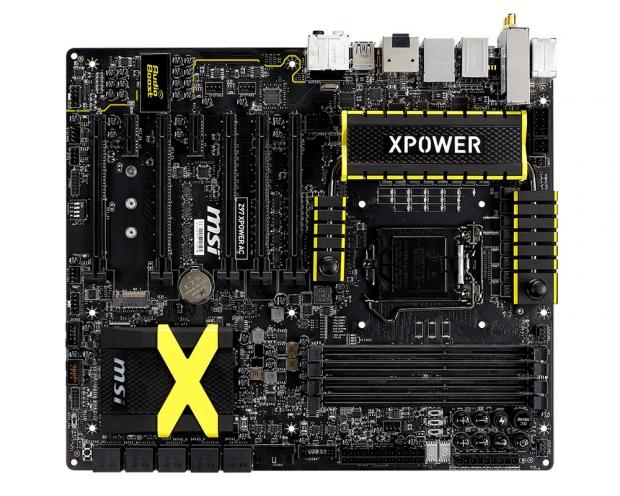 MSI's new OC Series includes the Z97 MPower, Z97 MPower MAX AC, and the Z97 XPower AC. Starting with MSI's flagship motherboard, the Z97 XPower AC, which is made for seriously high-end builds. It features strong CPU and RAM overclocking capabilities, as well as 3- and 4-way GPU setups. We have the PEX8747 bridge chip from the folks at PLX, allowing you to drive four PCI-Express 3.0 x16 slots, an an overriding single PCI-Express 3.0 x16 slot. When this slot is used, it wires the add-on card directly to the CPU's root complex, bypassing the PLX chip.

The MSI Z97 XPower AC sports 10 x SATA 6Gbps ports, an M.2 slot, 12 x USB 3.0 ports, AudioBoost audio with a built-in headphone amp, 802.11 ac Wi-Fi, Bluetooth 4.0, Gigabit Ethernet - something that is powered by an Intel-made controller. On top of this, we also have a slew of OC features, something that includes a coolant channel for watercooling the CPU VRM, voltage measurement points, on-board OC/voltage fine-tuning buttons, and a redundant BIOS.

You can get the MSI Z97 XPower AC motherboard on Amazon for $399.99, which is not a bad price for a feature-packed motherboard.