Daniel Kochanski, a Manhattan-based court stenographer, during a high-profile criminal trial typed just a few words instead of the trial dialogue. Those words were "I hate my job, I hate my job," something he wrote over and over again. 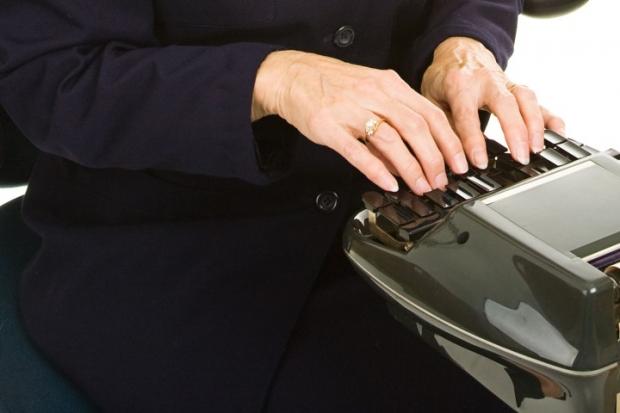 The problem gets worse, as Kochanski has since been fired, but it has thrown 30 Manhattan court cases into the air. A high-level source of the NY Post has said that Kochanski's "gibberish" typing may have jeopardized hard-won convictions by giving criminals that chance to claim crucial evidence is missing.

Kochanski was fired back in March of 2012 for misconduct, after which he was arrested, with authorities forcing him to try and make sense of his gibberish typing in the courts. This venture failed, with judges holding "reconstruction hearings" where everyone involved with the case has to testify about what they remember.

Claudia Trupp from the Center of Appellate Litigation, said that her office was handling the appeals in Hand's and nine other cases. Trupp continued: "This situation is terrible for everybody. It's very difficult to come up with a sufficient record based on everybody's recollection years after the event".

Kochanski's father said that his son "become and alcoholic" around five years ago, an event that eventually led to seeing his marriage dissolve and his job lost. He said that his son is now in rehab, with Daniel's ex-wife, Heather, saying: "The pressure of that job pushed him over the edge, leading him to lose everything".

What did Daniel have to say for himself? Well, he said: "I never typed gibberish. I always did my job 100 percent. I was let go because of substance abuse. I'm in recovery. July will be one year I'm clean".