Rumors of an Amazon-built set-top have been floating around for the better part of the last year, and today those rumors proved to be true. This morning Amazon.com announced the release of its all new Fire TV set-top box, a media streaming device that fully incorporates the Amazon ecosystem. Amazon is pulling out all the stops as well, and has enlisted Gary Busey to even record a promotional video for the new device.

Measuring in at less than an inch thick, the new Fire TV set-top box is capable of streaming full HD content to your TV over a common HDMI connection, and includes a remote that allows you to voice your commands, search for movies, and a wealth of other things. Amazon is also offering a separate video game controller that retails for just $40. Fire TV is not just closed to Amazon content, but features apps that integrate Netflix, Hulu Plus and many more services right on the box. 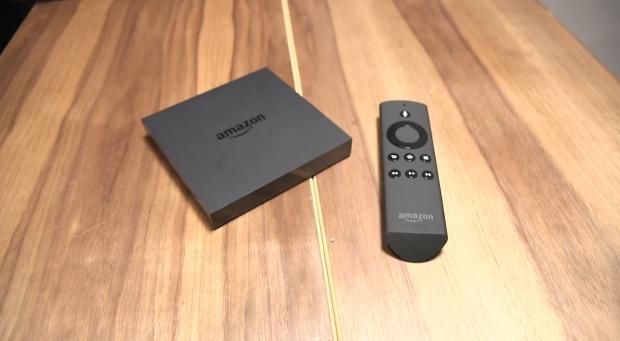 Fire TV is powered by a dedicated quad-core CPU and features 2GB of RAM that allows the device to continue smooth operation even when under a load from watching a House of Cards marathon. 802.11 b/g/n Wi-Fi is on-board and 8GB of internal storage is present. Amazon is retailing Fire TV for just $99 and is available now on Amazon.com. Do you think that a $99 set-top box is a justifiable purchase since Google's $35 Chromecast and Roku's $50 Streaming Stick do almost all of the same task for much less money?