Today, at the WORLD HOSTING DAYS in RUST, Germany, LSI Corporation launched the Nytro MegaRAID 8140-8e8i. The new card is double the flash capacity compared to previous shipping Nytro cards and has four times the number of ports. The new design is geared towards scale-out servers and high capacity storage environments. 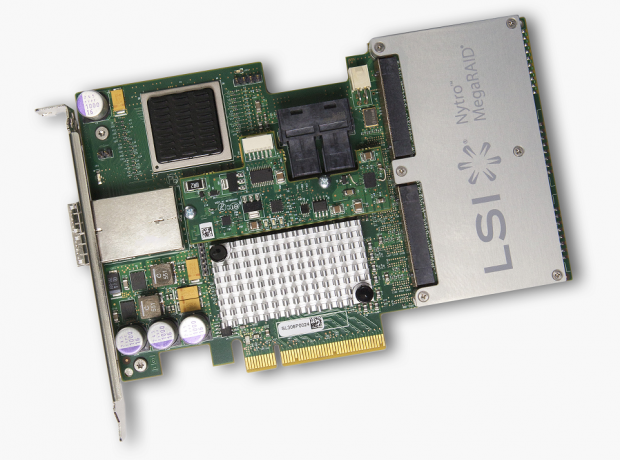 The launch of this card coincides with the announcement from LSI that it has surpassed the 100,000 units of Nytro cards shipped worldwide. Demand for Nytro continues to be driven by the ever growing requirements for high-performing, massively scalable datacenters. According to Tom Swinford, senior vice president and general manager, Datacenter Solutions Group, at LSI, "The Nytro MegaRAID 8140 card provides cloud and hosting companies with a single, integrated solution to simply and cost-effectively scale caching and connectivity to support their customers' growing performance and storage requirements."

The latest 8140-8e8i integrates an expander onto the card that enables scale-out server environments with connectivity for up to 236 SAS and SATA devices. In addition to this expandability, the card also contains 1.6TB of onboard flash for intelligent data caching to maximize application. Also included is the Nytro Flexible Flash feature which allows users to partition the flash as primary storage for data volumes or partition the onboard flash as a boot drive.