Back in the mid to late 90's, the search engine we know as Google began as a research project between Larry Page and Sergey Brin while they were Ph.D. students at Stanford University, and as with any website that is a product of the end of the 90's some aspects of the original design have remained. With Google search, one last fall back to days past has remained on the site since its inception. 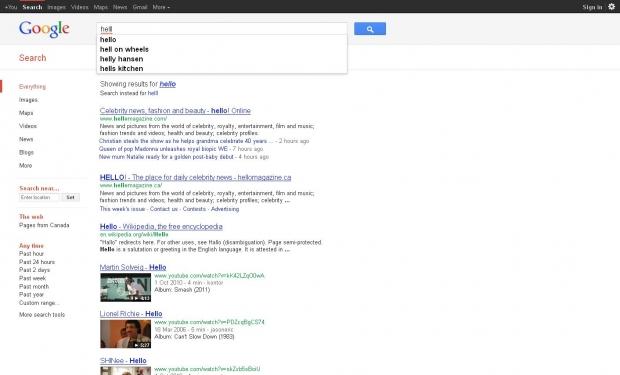 Back in the day web developers use to set all hotlinks to display as underlined in an effort to make the links more visible to a not so computer savvy generation that was just beginning to use the web. The links in Google's search results were all underlined back then and while this trend died off in the mid 2000's, Google kept its links underlined. Today Google decided to remove those underlines as well as increasing the size of result titles.

"We've increased the size of result titles, removed the underlines, and evened out all the line heights," says Google lead designer Jon Wiley. "This improves readability and creates an overall cleaner look." With these changes also comes new ad labels , and a more modern and well refined search results page. Perhaps one of the best decisions Google made was to no move forward with banner ads in search results, something it had been testing for a few months.