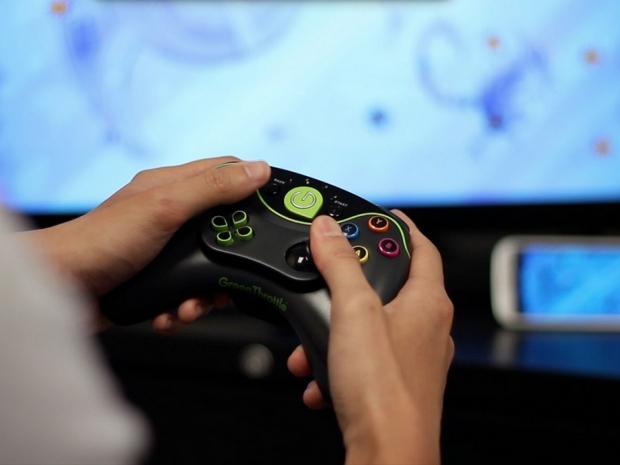 Google scooped up Green Throttle Gaming's two founders, as well as the parts and labor division of the company. A Google spokesperson has confirmed the deal, but didn't extend its terms to the public. The deal sees Green Throttle's business rights stay with co-founder Charles, while the company's staff and co-founders move over to Google.

The other co-founders of Green Throttle are Karl Townsend, who is the company's Lead Engineer on the original and second generation Palm Pilot, and President and Chief Operating Officer Matt Crowley, who used to work for Nokia and Palm. The company has worked on an Android-based virtual console, which allows gamers to connect their smartphones and tablets up to their TVs through an HDMI connection to play mobile games with Green Throttle controllers.

The company's Atlas controller sold for $39.95 on its own, or $79.95 for a two-controller package which also included a TV adapter. In late 2012, the company secured $6 million in venture-capital backing from Trinity Ventures and DCM, which helped the company "develop internal games, support external development, and advance software services."

What makes this deal interesting, is that Google is rumored to be working on its own Android-powered gaming console, and now owns some of the talent and parts from Green Throttle Gaming. We should hopefully see the fruits of Google's labor in the coming months from this deal.