Before confirming the order, a buyer found out that Dell was charging an amount to install a free and open source web browser 'Firefox'. It was found that the PC builder has an option to install Mozilla Firefox on behalf of the buyer for a new PC if the buyer agrees to pay £16.25. Dell even put this as an option to select in its 'additional software' pre-purchase custom options selection list. 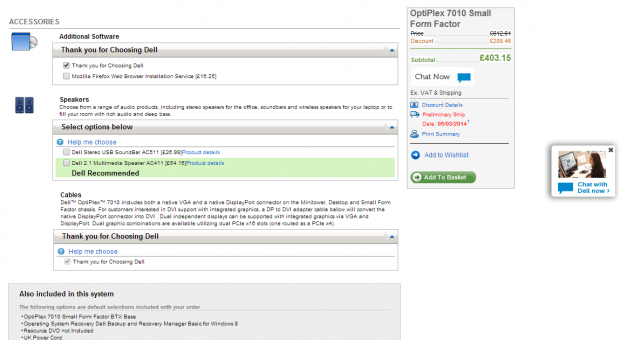 The Mozilla Foundation has started investigating once they've received this report. The company behind Firefox said that they are consulting with legal teams, though the process is in a very early stage.

As of now, Dell did not make any comment.

Firefox is a browser where you don't really need to have a good deal of computer know-how to install the software. Dell however is charging this amount just to install a free software. Should system builders and PC makers charge an amount to install a software that's free and open source?