We only just reported that Intel is looking to release its Broadwell CPUs earlier than expected, but it looks like the chipmaker is working on two new NUC units based on the freshly shrunken CPU technology, codenamed Broadwell. 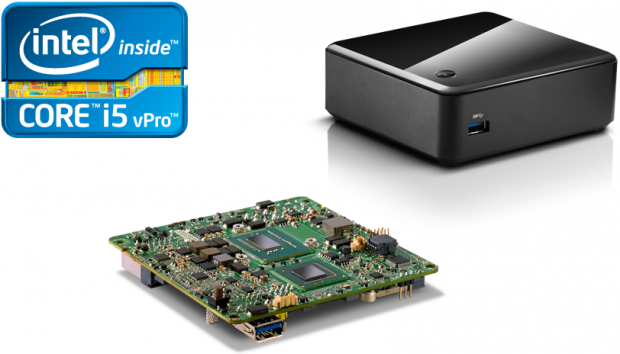 Intel engineers are currently working on two new NUCs, the "Rock Canyon" and "Maple Canyon". Starting with what we know on the Rock Canyon, which is expected to be pushed toward the consumer market, where it will be marketed toward being in your living room, with technologies making it feel more at home. We should see USB 3.0, HDMI and DisplayPort technologies inside, as well as being ready to take an infrared receiver module. On top of that, it should feature an M.2 PCI Express-based slot for SSDs.

The Rock Canyon NUC will also reportedly feature NFC technology which will allow it to connect to your smartphone or tablet, as well as WiChrg technology. It looks like the most consumer-friendly NUC yet, improving on the already great NUCs on the market.

Moving onto the Maple Canyon NUC, which will be designed for the business customer. We should see an Intel Core i5 with vPro chip, which will include several technologies to improve security, provide remote management and other capabilities for the enterprise market. These technologies will include Trusted Execution, Virtualization and Active Management.