You've just unwrapped your shiny new next-gen PlayStation 4, plugged it all in and want to get some online gaming a bash - well, you'll have to wait because there's a 300MB day-one patch you'll need to complete before you do anything. 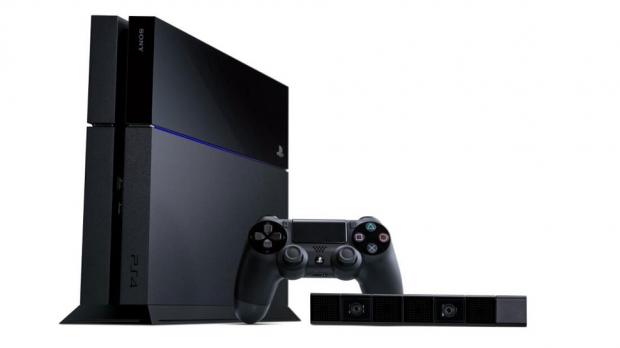 This 300MB patch will enable a bunch of multiplayer/online functionality such as Remote Play, sharing, broadcasting and more. Sony of the PS4 features won't be available at launch, such as the suspend/resume mode that allows the PS4 to enter low-power mode, and then lets you pick up where you left off. The day-one patch will enable to following goodies:

Users will be able to access PS4 titles displayed on their living room TVs and play them on a PS Vita system over Wi-Fi networks by using PS4 Link. SCE anticipates that most PS4 titles will be playable on the PS Vita system through Remote Play.

Users can use the PS4 Link application for the PS Vita system, and PlayStationApp for iPhone, iPad, and Android™ based smartphones and tablets*5,to use these devices as second screens in supported titles. PlayStationApp has the ability to enable users to interact with games with their mobiles devices. For example on THE PLAYROOM, a title pre-installed in all PS4 systems that requires PlayStationCamera, users can draw pictures on their mobile device screens and flick them towards the TV. The images then appear as a 3D object within the game.

The PS4 system provides dedicated, "always on" video encoding systems that enables seamless uploading of gameplay. Users can share their epic triumphs by simply hitting the "SHARE button" on PS4 Wireless Controller (DUALSHOCK4), take screenshots or scan through the last 15 minutes of gameplay, tag it and return to the game - the video uploads as the user plays. At the PS4 system's launch in North America, users will be able to share their images and videos with friends on Facebook and screenshots with followers on Twitter.

The PS4 system also enhances social spectating by enabling users to broadcast their gameplay in real-time to game fans around the globe, using Ustream and Twitch live internet streaming services. SCE provides two ways for users to view live broadcasts. First, the Live from PlayStation application on PS4 aggregates streams from all PlayStation users. Second, users can spectate friends' PS4 gameplay from PCs, and applications such as Ustream, Twitch, and browsers, which are installed on their mobile devices. These applications can be easily started up via PlayStationApp, and users can also use these applications to post comments to gameplay broadcasts. Furthermore, users with PlayStationCamera can stream camera images and microphone sounds along with their live gameplay broadcast.

This feature enables users to play supported digital titles as they are being downloaded*8. When a game is purchased, users can start playing after PS4 downloads a portion of the data, while the rest of the game is downloaded in the background during actual gameplay. Games may be downloaded in stand-by mode.

A maximum of 4 users can log-in to a single PS4 system simultaneously. These players can use their own save data to play games, and also earn trophies on their own Sony Entertainment Network accounts even when playing a multi-player game together on a single PS4 system.

By using the Mono Headset bundled with the PS4 system, users will be able to chat with up to eight friends enjoying different applications or games. Furthermore, users can use Party to chat between PS4 and PS Vita systems.

Users with PlayStationCamera will be able to register their facial image onto their PS4 system, and login to their system using facial recognition instead of DUALSHOCK4. Furthermore, users can use either the microphone of the Mono Head set connected to DUALSHOCK4, or PlayStationCamera to navigate through the PS4 home screen (PlayStationDynamic Menu) with voice commands to start up games and shutdown the system, among other features.

PlayStationPlus (PS Plus) members will be able to play PS4 titles online with other players via the network. PS Plus makes it easy for members to join available online multiplayer matches in a variety of ways, including the ability to easily join a game from a live stream broadcast or Party voice chats.

Users can enjoy not only gaming on their PS4 system, but also Blu-ray and DVD video contents.