During IDF back in September, Intel announced its new 14nm Broadwell processor and said that we should see it begin to ship to OEMs sometime around the end of 2013. Unfortunately, that will not be the case. During the company's quarterly earnings call, Intel said that Broadwell has been delayed until the first quarter of 2014. 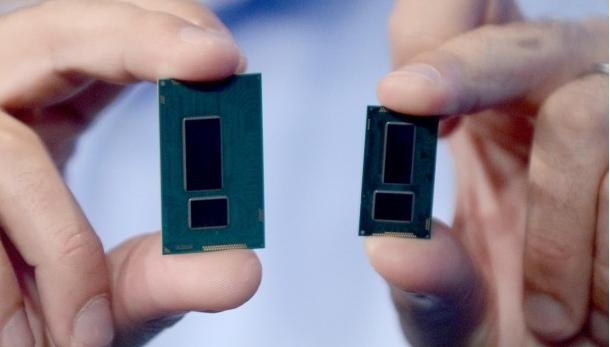 The delay is due to a recent issue with defect density in the silicon wafers that were being produced. Intel says that this issue has been fixed and yield levels are back up to an acceptable number. Some analyst speculated that the delay was actually due to an excess of Ivy Bridge inventory to which CEO Brian Krzanich replied "absolutely not." From the beginning, Broadwell has been expected to go retail in 2014, and a setback of three months is not that big of a deal.

A transcript of Krzanich comment on the matter is below:

While we are comfortable with where we are at with yields, from a timing standpoint, we are about a quarter behind our projections. As a result, we are now planning to begin production in the first quarter of next year...

It was simply a defect density issue. This was on the issue -- as we develop these technologies, what you are doing? You are continually improving the defect densities and those resulted in the yield, the number of die per wafer that you get out of the product and what happened as you insert a set of fixes in groups, you will put four or five, maybe sometimes six or seven fixes into a process and group it together, run it through and you will expect an improvement rate occasionally as you go through that. The fixes don't deliver all of the improvements, we had one of those.

Why do I have confidence? Because, we have got back now and added additional fixes, gotten back onto that curve, so we have confidence that the problem is fixed, because we have actually data and defects and so that gives us the confidence that we are to keep moving forward now and that happens sometimes in these development phases like this, so that's why we are going to over it a quarter.