A new app has just hit the smartphone markets and it aims to serve up audio news much in the same way the Pandora handles music. Swell actually launched back in June and featured content from NPR, American Public Media, ABC news, the BBC, Ted talks, and many others. Today, the company announced that they have raised $5.4 million in Series A funding. 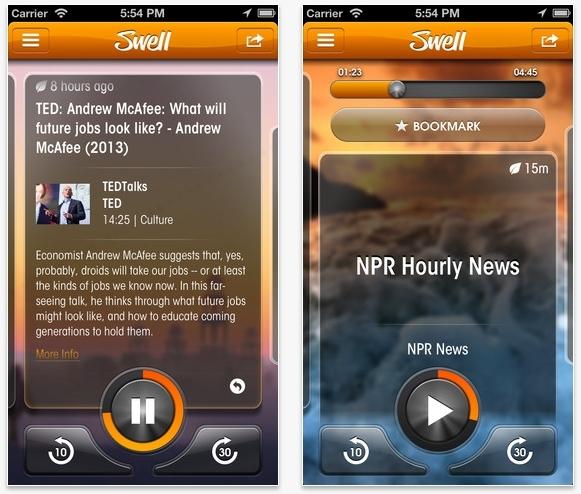 This round was led by Draper Fisher Jurvetson and included investors like Google Ventures, InterWest Partners, and Correlation Ventures among others. This tops the company's seed funding round by almost $3 million, which was led by Google Ventures, Charles River Ventures, DFJ, Andreessen Horowitz, and other angel investors.

Swell works much like Pandora and once you start the app, you just let it run. In the event you don't like what it's playing, simply swipe to skip it. You're also able to choose topics that appeal better to you such as technology, world news, health and wellness, and many more. With it being out in the wild for over a month, it appears that the app is a success with the company saying that users listen for 30 minutes on average their first time using the app and returning users spending more than 110 minutes per week using the app.