We've been on m.2, or NGFF (Next Generation Form Factor) watch since Computex earlier this month and we've finally found a notebook/ultrabook with an NGFF option. The Lenovo ThinkPad Edge E431 is the first of its kind, at least the first we've actually found. 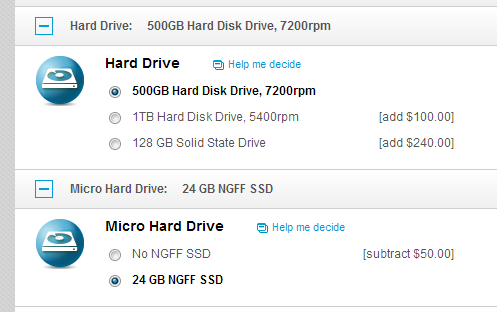 The options list is very limited at this time. You either order their $50 24GB NGFF SSD for cache or you don't. The description is pretty light as well. We've already ran a few tests on ADATA NGFF drives, one with a JMicron controller and another with an LSI SandForce controller.

It's not much but it's a start. Next week a package arrives with new tools for measuring performance of NGFF products and at that time we'll have everything we need to write a proper review of the new ADATA NGFF SSD's.