E3 2013 - During his visit to AMD's booth at E3, TweakTown journalist Trace Hagan got to spend a few minutes with AMD's massive Eyefinity demo. Featuring what appears to be five 65-inch class LED displays, the Eyefinity setup is being powered by AMD's new 5GHz FX-9590 processor and an ATI 7990.

Trace has more exciting news coming up later from AMD, so stay tuned for that as well as more complete coverage of E3 2013! TweakTown is your leading coverage provider of the E3 Expo, and have already posted tons of content which you can find here. Additionally, we covered all of the major press conferences from Yesterday's "E3 Day 0" press event in live blog form. Stay tuned to TweakTown.com for the entire up to the minute coverage of the E3 expo. 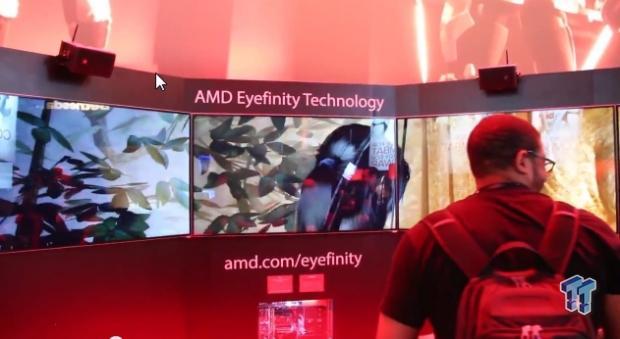