"Tea, Earl Grey, Hot" It's the classic line from TV's Star Trek: The Next Generation, where Captain Picard walks up to the Replicator in his living quarters and orders a cup of tea. While some have likened that scene with the consumer level 3D printers of today, we are still unable to replicate food from thin air. NASA is looking to change that. 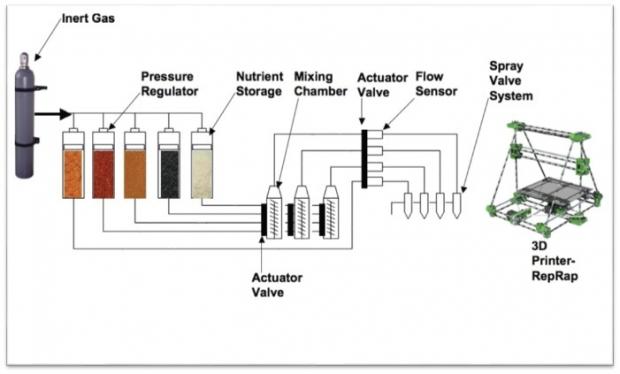 With 3D printers growing cheaper and more popular by the day, it only makes sense for NASA to investigate the use of RepRap style 3D printers for making a hot slice of pizza, right? Mechanical engineer Anjan Contractor received a $125,000 grant from the agency to build a prototype 3D printer with the aim of automating food creation.

The idea behind the project is to take a RepRap Mendel 3D printer and convert the extrusion head to print a mixture of "nutrients" that will form the basis of the food product you wish to eat. Contractor says the nutrient cartridges will have a lifespan of 30 years, making them stable enough for space travel. The project will begin with a proof of concept test where he will print chocolate and the plan is to ramp up from there.