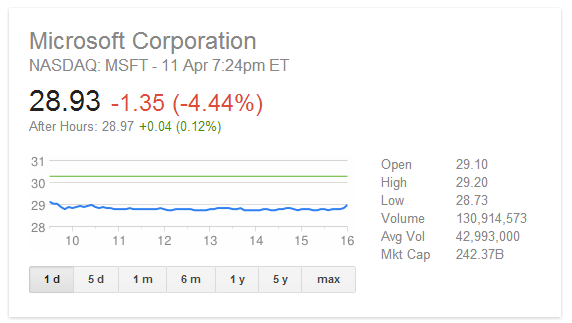 Dell, HP and Intel were down in stock prices riding the news of Q1 shipment numbers. Research firm IDC had partly blamed Windows 8 for the drop in PC sales, noting that HP's shipments declined 24% year-over-year, backed up by Dell's numbers which dropped 11%. Now several Wall Street analysts have downgraded Microsoft stock, so I'm sure we'll see it tumble more in the coming days and weeks.