Microsoft's Windows 8 operating system continues to be somewhat of a flop. Usage data from Net Applications show Windows 8 usage is still behind that of Microsoft's last flop, Windows Vista. Windows XP and Windows 7 continue to be top contenders, even though XP was initially released over 11 years ago. 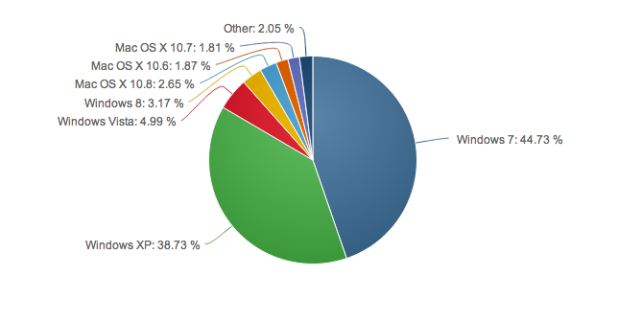 Mac OS X 10.6-10.8 combined is found on below 7 percent of systems. Windows 8 uptake is likely to increase and is predicted to eclipse that of Vista within the year.