Samsung have been busy dodging Apple shaped bullets for a while now, but it looks like LG are now joining in on the fight. LG Display, who are the second largest maker of LCD panels in the world, have filed a lawsuit against Samsung over patent violations. 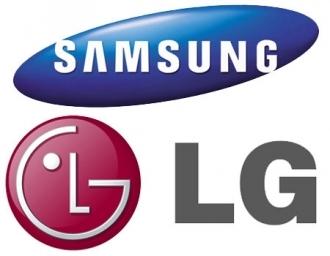 LG announced the lawsuit during a press conference in Seoul, where they've claimed that Samsung are infringing on no less than seven patents in relation to organic light-emitting diode (OLED) technology. LG said that they've filed a damage suit in order to protect technologies that took a very long time/man power to develop, as well as to promote fair competition.

LG's lawsuit orders Samsung Electronics and Samsung Mobile Display to halt the use of the patents in question, and on top, pay damages for products already on the market that use the infringed patents. We don't know how much LG is asking for in terms of damages, but the company have named five products in the suit including the Galaxy S line of smartphones, and the Galaxy Tab 7.7 tablet.

Samsung are looking to file a countersuit if needed, where the South Korean company has claimed that the lawsuit is no more than a scheme by LG to overcome their own difficulties following its "systematic leak of Samsung's OLED technologies".