I still remember getting a Nintendo 64 for Christmas as a young gamer, I was unbelievably excited. Gaming back in the 90s was just another thing compared to gaming now, and it seems that a brand new Nintendo 64 emulator has been developed by Paul Holden.

Holden's new emulator uses JavaScript and is still in its early stages, as it only works with a handful of titles, one of which is Super Mario 64. If you want to use the emulator, you'll need to be rocking Google Chrome or a Firefox Nightly build, as they are the only browsers that have the features required to run the emulator. You'll also need to have your own ROMs on hand. 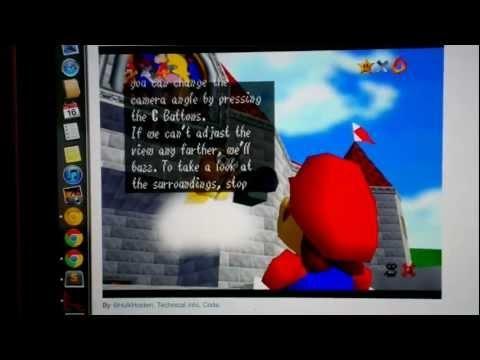 The video above shows off the emulator, and of course whilst not perfect, it runs. Early days yet, and you can see it runs pretty slow, but that's probably because of a software issue, as today's computers have enough horsepower to run something from the mid-90s without a problem.