Windows 8 is getting closer and closer to be released and today sees another major milestone for the latest operating system. Today, Microsoft has announced that Windows 8 testing and production has been completed and that the new operating system has been released to manufacturing. This means that OEMs now have access to the OS and can start building PCs with it. 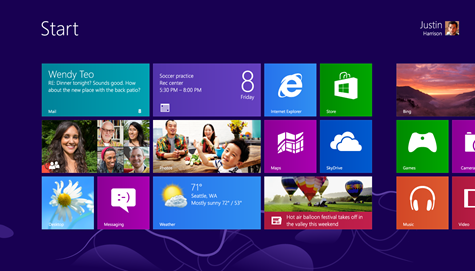 Of course those PCs built won't go on sale quite yet. They will hit the market with the general release of Windows 8, which comes on October 26. Upgrades will be offered for $39.99, or if you have recently purchased a Windows 7 PC, the upgrade will only cost you $14.99. Various audiences will get access to Windows 8 RTM before the rest of us:

The Windows 8 release preview is still available for users to check out and can be downloaded from Microsoft. As of August 15, developers will have access to the final build of Visual Studio 2012, which will include resources they need to design, build, and sell apps in the Windows Store. We're just under 3 months away from seeing the final version of Microsoft's latest OS.