CES 2012: Research in Motion (RIM) unveiled at CES a software update for its slate, BlackBerry PlayBook, PlayBook OS 2.0. PlayBook OS 2.0 includes native e-mail, contacts and calendar applications. The former two serve as hubs for not just PlayBook messages and contacts, but those in your social networking accounts like Twitter, LinkedIn and more. 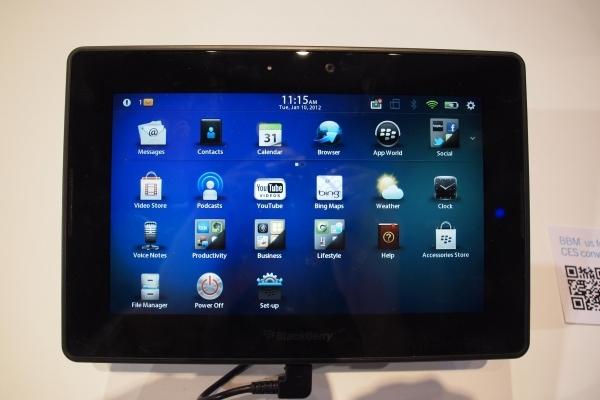 The e-mail app offers a bunch of text formatting options to do, well, normal things like bold, italicize, create bullet points, change font type, color or size. The calendar app is reportedly standard, but has been said to include good things with the cross-app integration. BGR reports that the contacts are tied to meeting entries in the calendar for quick and easy access. The calendar also syncs with popular services from Google, AOL, Yahoo, Hotmail and Microsoft Exchange.

PlayBook OS 2.0 also revamps the homescreen, now allowing users to group applications into folders and place your most used applications on a dock. A "reading view" mode is included in the browser, which is similar to Apple's desktop and mobile Safari browsers, as well as an improved version of BlackBerry Bridge, which sports a remote control function that allows you to type, navigate and perform gestures on a PlayBook using a BlackBerry smartphone.

PlayBook OS 2.0 won't be allowed to be played with under next month, which is 10 months after the device itself hit shelves. I think it's too late, but hey, if you're a PlayBook owner, it's nothing to complain about.