First off, Happy New Year! I hope you're all enjoying your festivities, while here in South Australia it has been a blistering 41C (over 104F) for the past 2 days straight and it is currently 43C right now. Joy! Onto the news! Our GPU editor sent this to me, and at first I thought it was tease, because he loves to do that to me. But, it was not, it was news that had floated onto the great world wide web. 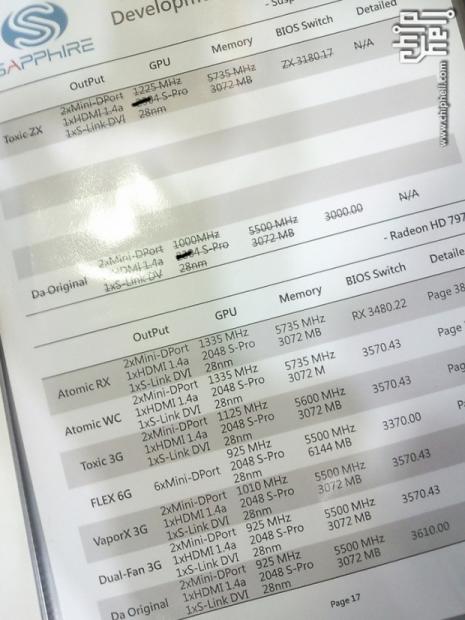 Sapphire's leaked document, which reveals their non-reference AMD Radeon HD 7970's that they are currently baking in Sapphire ovens. Sapphire have an amazing six cards that will be non-reference, all ranging in features, speeds and more. One of them is the "Atomic RX" which goes from the original 1000MHz Core speed to a whopping 1335MHz. It sports the usual 3GB of RAM up from the 5500MHz stock speed, to 5735MHz. Output-wise, we have 2 x MiniDisplayPort, 1 x HDMI 1.4a and 1 x Single Link DVI.