My inbox this morning had some glorious news, a tease of the upcoming Sandy Bridge-E boards from MSI. Included, was the super high-end Big Bang XPower II board, all the way down to the smaller micro-ATX X79MA-GD45. If you like pics, there's a bunch below:

First up is the X79A-GD65 8D, which does look quite pretty. It sports various features such as the usual quad-channel DDR3, but includes THX TruStudio PRO sound, CrossFire X and SLI support. It also includes eight SATA ports and eight DIMMs if you're RAM and Storage crazy like most of us. 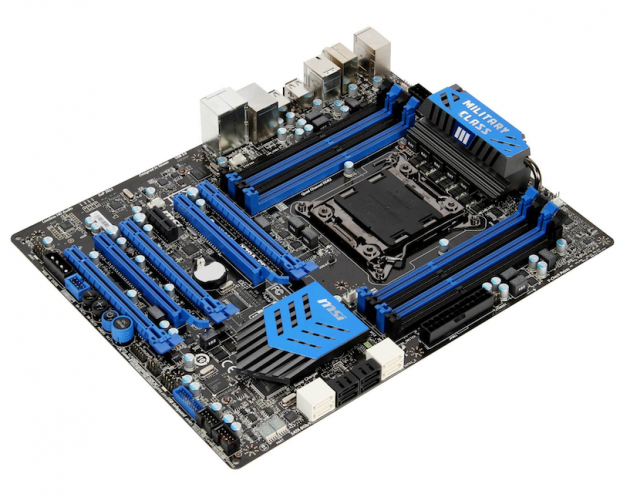 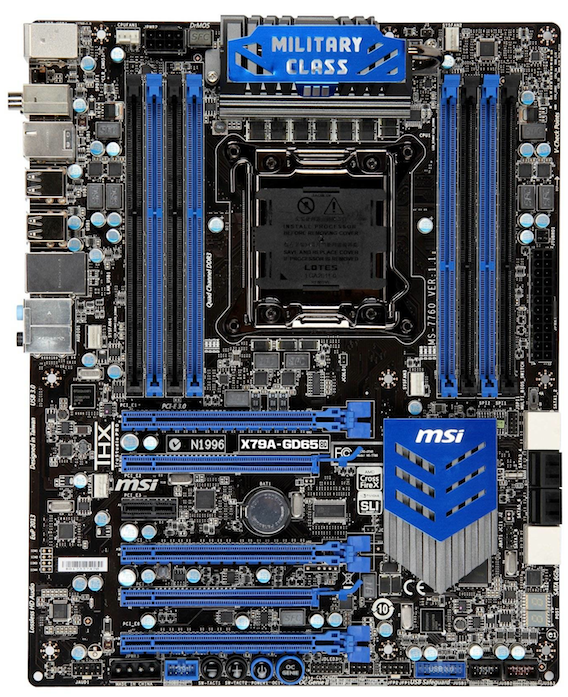 Next up is the X79A-GD65, only featuring four DIMMs and six SATA ports. This is obviously just a step down from its stronger, bigger brother. 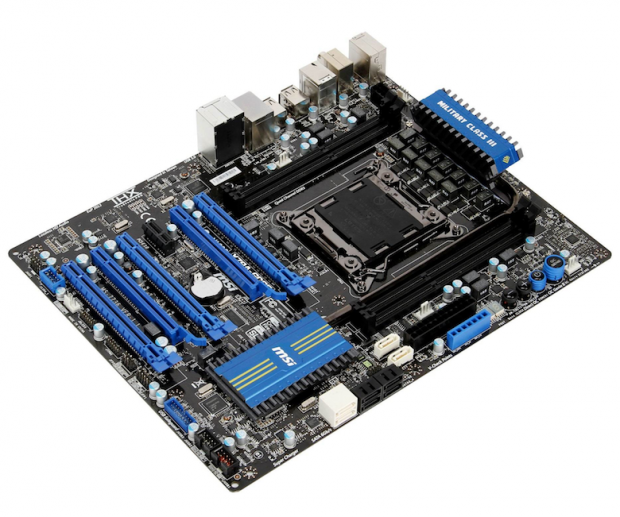 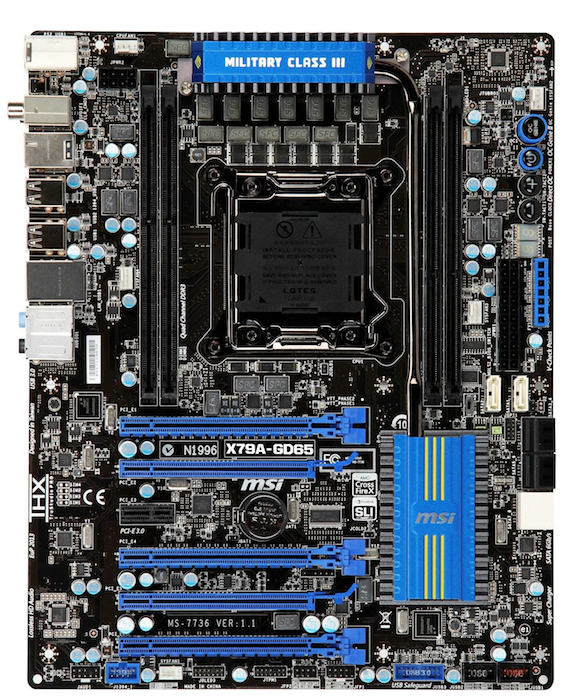 The third board from MSI's X79 lineup is the X79A-GD45. What does the GD45 bring us? Four DIMMs, six SATA and less PCIe slots. Also, the "Easy Buttons" are moved from the bottom of the motherboard, but near the 24-pin power connector. 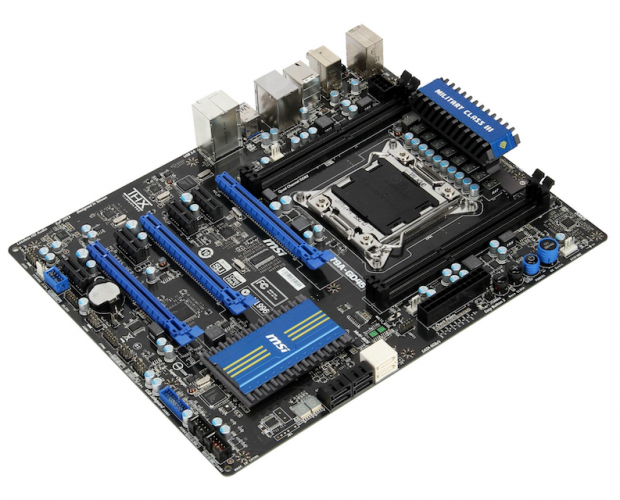 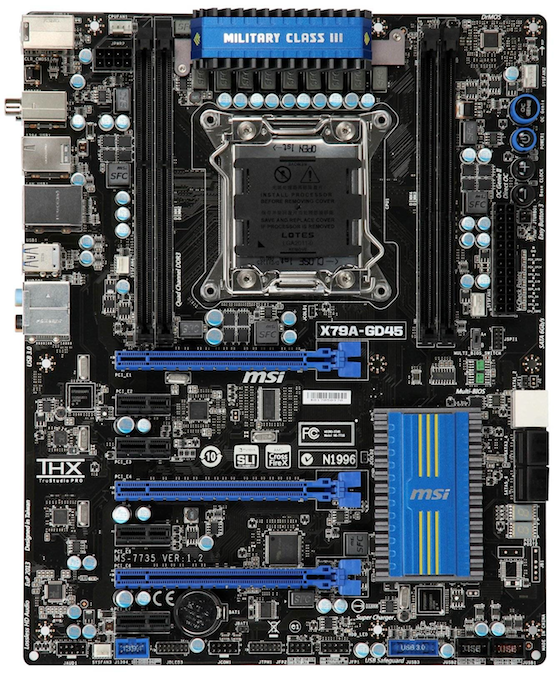 Lastly, we have the micro-ATX X79MA-GD45. This board features the minimum quad-channel memory, six SATA ports, and shaves down to two PCIe ports for graphics cards while still supporting both AMD CrossFire X and NVIDIA's SLI multi-GPU technologies. 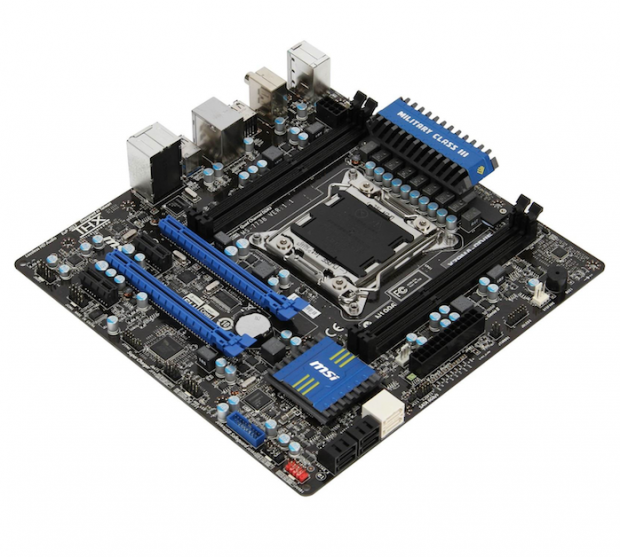 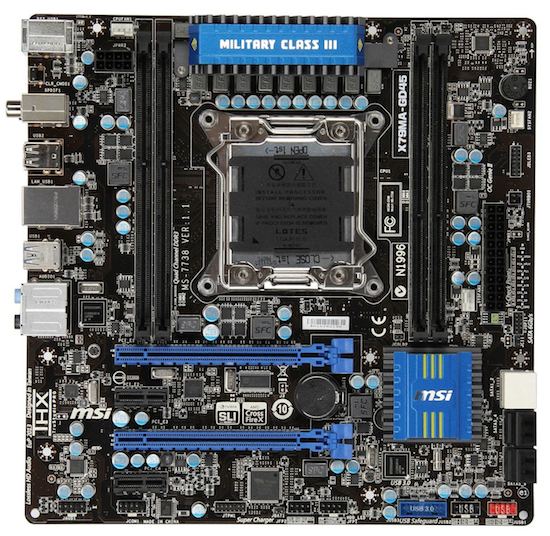