Facebook are eyeing down a fine worth $139,000 after an Australian law student discovered that Facebook held 1,200 pages of personal data about him, much of which he had previously deleted. Max Schrems, 24, requested a copy of his data after attending a lecture hosted by Facebook's chief executive, Mark Zuckerberg whilst he was on an exchange program at Santa Clara University in California. 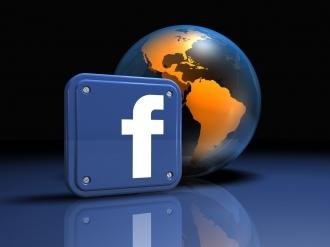 Facebook sent him a CD of his data and Schrems was shocked to find information through his three years of having an account despite having deleted most of the information. Among the 1,200 pages of data were rejected friend requests, information regarding incidences where he had removed friends from his list and his entire conversation history.

Also included in his personal data CD were images that he had removed tags of himself, every event he had attended and every event he never responded to, poked and email addresses of people he'd corresponded with.

Schrems said in an interview:

I discovered Facebook had kept highly personal messages I had written and then deleted, which, were they to become public, could be highly damaging to my reputation.

Information is power, and information about people is power over people. It's frightening that all this data is being held by Facebook.

Schrems reviewed the data and now has lodged 22 separate complains with the Irish data protection minister, which is due to start its first audit of Facebook next week. A spokesperson for the commissioner has confirmed its officers will be investigating the alleged breaches raise by Schrems as part of the audit.

If found guilty of breaching data protection laws, Facebook could face a fine of 100,000.