Google's upcoming Android 4.0 'Ice Cream Sandwich' will include "full support for stylus input events" in the OS - including features such as pressure sensitivity and the ability to distinguish motion events from different sources; as in a pen or your finger. The support hangs on hardware-level support from tablet and smartphone makers, but hey, the native support in the OS is a big, big start. 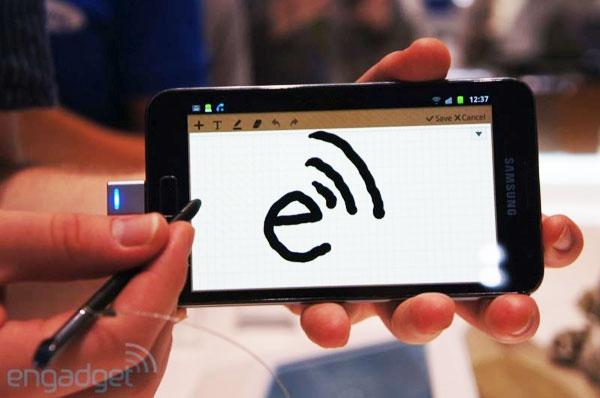 This is something Apple have yet to include, and could push ICS in a different direction for smartphones and tablets for people on-the-go. Windows 8 will most likely include the same kind of support, but ICS is here, now.

Google state in the exact words below:

Android 4.0 includes full support for stylus input events, including tilt and distance axes, pressure, and related motion event properties. To help applications distinguish motion events from different sources, the platform adds distinct tool types for stylus, finger, mouse, and eraser. For improved input from multi-button pointing devices, the platform now provides distinct primary, secondary, and tertiary buttons, as well as back and forward buttons. Hover-enter and hover-exit events are also added, for improved navigation and accessibility. Developers can build on these new input features to add powerful interactions to their apps, such as precise drawing and gesturing, handwriting and shape recognition, improved mouse input, and others.