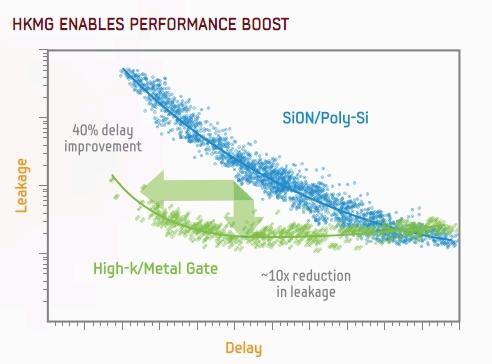 According to Samsung, these new transistors allow for either a 40% (or more) increase in performance at the same leakage or a 10x reduction in leakage current at the same speed. Density also improves by 2x enabling even more complex chip designs (more cores, bigger GPUs, more integration) or smaller die with the same feature set (which will eventually improve supply and profit). The Exynos 4212, Samsung is claiming a 30% reduction in power compared to its predecessor.