Steve Jobs has officially submitted his resignation to the Apple board today, and as of this afternoon he will no longer be Apple's Chief Executive Officer. Tim Cook is set to take over as CEO. The exact details as to why he's stepping down as CEO are not disclosed, but many are guessing it's health-related. Jobs has been on medical leave since January 17 - the second time in two years. Steve Jobs' letter is below: 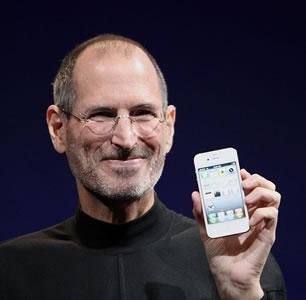 I have always said if there ever came a day when I could no longer meet my duties and expectations as Apple's CEO, I would be the first to let you know. Unfortunately, that day has come.

I hereby resign as CEO of Apple. I would like to serve, if the Board sees fit, as Chairman of the Board, director and Apple employee.

As far as my successor goes, I strongly recommend that we execute our succession plan and name Tim Cook as CEO of Apple.

I believe Apple's brightest and most innovative days are ahead of it. And I look forward to watching and contributing to its success in a new role.

I have made some of the best friends of my life at Apple, and I thank you all for the many years of being able to work alongside you.

My good friend Alex Mihal put me onto this news, and has put his hand up to be the new CEO. I don't know how successful he would be, maybe we can start a viral campaign?

It's sad to see you leave Apple, Steve... it'll be an interesting few months ahead to see how things go for the fruit logo company.