There have been rumors flying about NVIDIA's upcoming next-gen Kepler-codenamed GPU for a while now, that it would be delayed until 2012 because of issues with the adaption of the 28nm-based process. But, Chris Malachowsky spoke at their GTC Workshop Japan event, saying that Kepler is still on track for launch this year. Chris was careful with wording, saying only that the parts would begin "shipping" by the end of the year which could mean a paper launch and not an actual card-in-your-hands-giving-you-sexy-times launch. 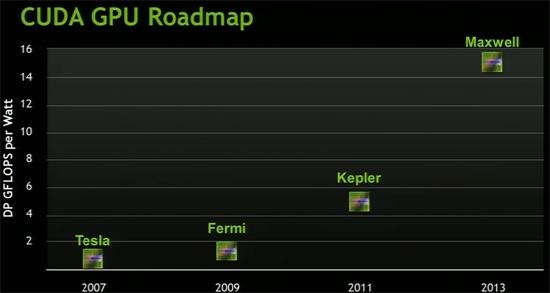 Kepler is meant to deliver a threefold increase in double precision performance per watt over the previous Fermi, as well as being easier for developers to utilize GPGPU applications. Whatever, NVIDIA, just give me the damn cards now please.