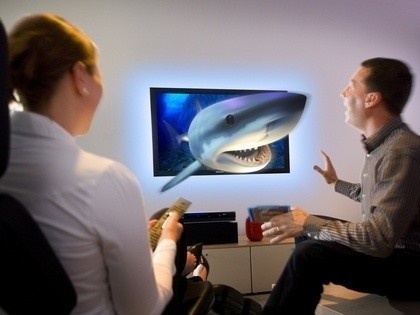 Toshiba has announced that it will be showing off new screens at CES 2011 in January that need no glasses of any sort to view. The autostereoscopic screens will be larger than the 20-inch versions that Toshiba showed off this year at CEATEC. Although it has only been three months since the 20-inch screen was seen Toshiba says the tech is already better.

Toshiba plans to make even larger screens next year. The downsides to this sort of screen is that it has worse viewing angles that screens that need glasses and getting the best spot for ideal viewing is harder to accomplish.

"It has been three months, I think we should show [the TVs] with better technology," said Masaaki Oosumi. "Next year is the key year to extend development of the technology and extend the screen size," he added.
NEWS SOURCE:3dradar.techradar.com