All NewsBusiness, Financial & LegalCases, Cooling & PSUContests & GiveawaysCPU, APU & ChipsetsDealsDisplays & ProjectorsGamingMotherboardsScience, Space & RoboticsStorageVideo CardsVirtual & Augmented Reality
All ReviewsAll ArticlesAudio, Sound & SpeakersCases, Cooling & PSUCPUs, Chipsets & SoCsComputer SystemsDisplays & ProjectorsGamingMotherboardsNetworkingPeripheralsStorageVideo Cards
GuidesGamingAsk the ExpertsNewsletterAboutForums
Chia Coin MiningRTX 3090RTX 3080RTX 3070HDMI 2.1Bitcoin MiningBattlefield 6
Software
Some of you may be aware of this, but reviews and opinions on the latest Final Fantasy game have not been that good, Final Fantasy XIV is plagued by issues - but like most games, it's a divided landscape. Some people put up with it, die hard fans might look past it, or, they might just hate it. 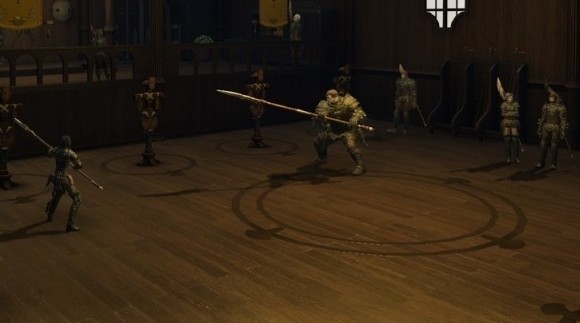 Rumor is circling that an unnamed Japanese player was so upset with the game, he rage quit like you've never seen before.

Sure, you've rage quit a game - so have I, I've gotten so mad I've smashed my desk in frustration and dealt with days of pain in my hand (make jokes at your own expense, har har) but never have you done what this man has done.

He rage quit to the extent of selling his Square Enix stock - to the tune of $26 million.

Square Enix themselves felt the dip in stock prices on the 7th, dropping from 1800 yen a share to 1735 - before bouncing back later in the day. According to Japanese sources, the ex-fan of Final Fantasy was so disgusted by Final Fantasy XIV that he no longer wanted any stock in Square Enix.
NEWS SOURCE:massively.com