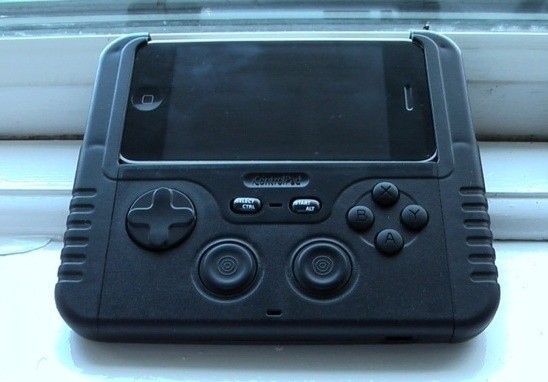 The original version was first introduced in 2008, but designers never released it due to design flaws and poor control. This new revision locks the iPhone in place with a padlock and spring mechanism and connects via a sync cable. No Apple support means that only jailbroken iPhones can use the device.

Rothwell's Twitter feed(@craigix) is the place to keep up with the latest developments, including where the device may pop up for sale. Here's a video outlining the history of the device: