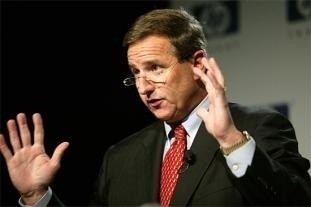 Mark Hurd, the CEO of Hewlett Packard (HP), has resigned from his position today after a marketing consultant for the company accused him of sexual harassment. The Board of Directors of HP launched an independent investigation of the accusations on June 29th after a letter was sent to outside legal counsel about the incident.

HP general counsel Michael Holston spoke to reporters today about the incident and also stated CFO Cathie Lesjak will take over on an interim basis while Marc Andreesen and three directors undergo the task of finding a permanent replacement. This comes as a large blow to the company, which has undergone a fairly large turnaround and was seeing improved earnings and had acquired Palm for a larger foothold in the mobile market.

Here is the statement released by Mark Hurd: (courtesy of BusinessInsider)

"As the investigation progressed, I realized there were instances in which I did not live up to the standards and principles of trust, respect and integrity that I have espoused at HP and which have guided me throughout my career. After a number of discussions with members of the board, I will move aside and the board will search for new leadership. This is a painful decision for me to make after five years at HP, but I believe it would be difficult for me to continue as an effective leader at HP and I believe this is the only decision the board and I could make at this time. I want to stress that this in no way reflects on the operating performance or financial integrity of HP."
NEWS SOURCE:businessinsider.com
Newsletter Subscription